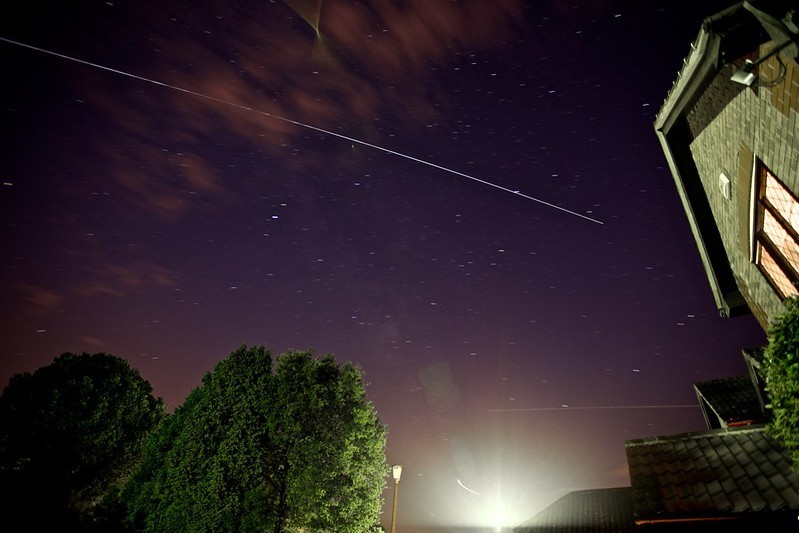 
Dear newsletter readers,
Hello, Mitsue is writing this week. How are you doing?
There was a good thing last month which is not sure it could be understood by everyone.
I saw a flight of International Space Station (ISS) near my house. A friend of Face Book let us know the date and time of flight of ISS which could be seen in Kansai area. I was lucky to see the shinning light flying through the orbit.
The ISS is a huge manned construction located about 400km above the Earth. While it circles around the Earth at a speed of 17,700mph (or 90 minutes per orbit), Earth and star observation, or experiments and research are being conducted. Though I'm not a geek, I'm very interested in space.

Well, I wrote a little about English version of Hyakunin Isshu called 'Whack a Waka' in my last issue, and I was planning to play during the New Year holidays. However, there was a big problem! There was no one to play with me! My family and friends are not good at English.... So I enjoyed matching game by myself differently from the normal way of playing. There are some kinds of playing, but normal one is like this. One player reads a poem (reading card), and other players take the card on which the lower part is written.
Hyakunin Isshu is a traditional Japanese collection of one hundred poems by one hundred poets. All poems were written in Japanese classical Tanka style of 31-syllable verse form with five lines in 5-7-5-7-7 pattern. It was composed by Fujiwara no Teika in the Heian era(794-1192). The heart of Japanese culture remains on each poem which is over seven centuries ago.
There are some championship of Hyakuninn Isshu in Japan. A series movie 'Chihayafuru' which is based on girl's comic were released. It is about a school girl, Chihaya Ayase, who is inspired by a new classmate to take part in Hyakunin Isshu competition. It is very interesting and cool. 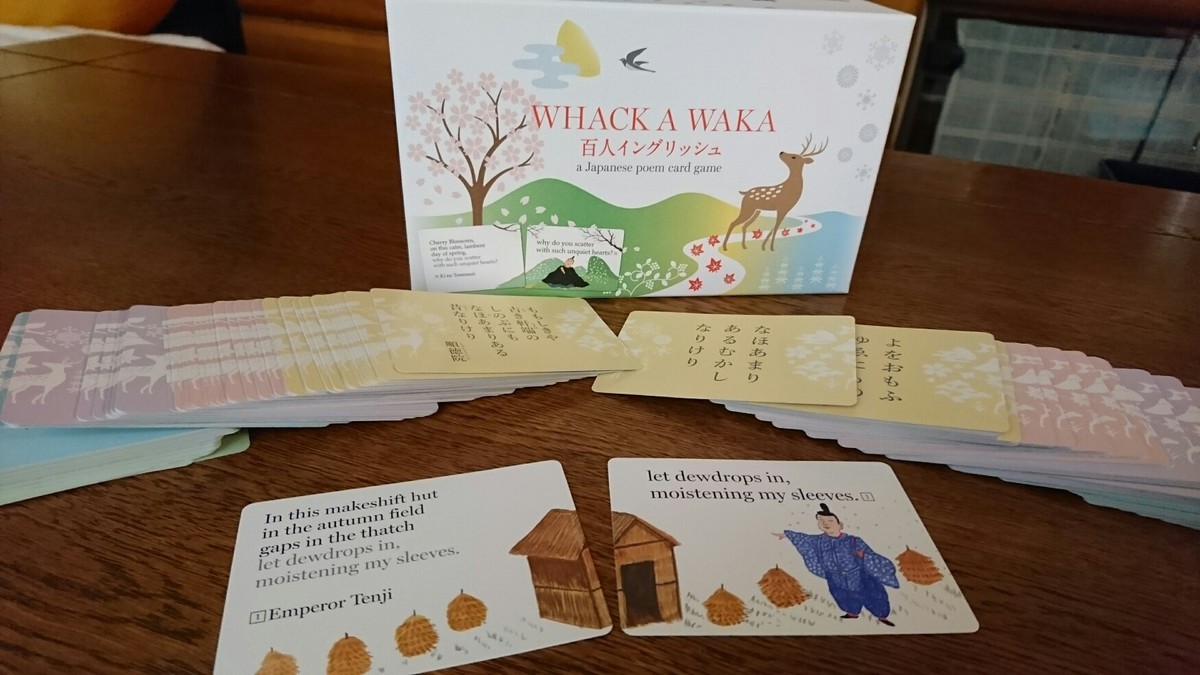 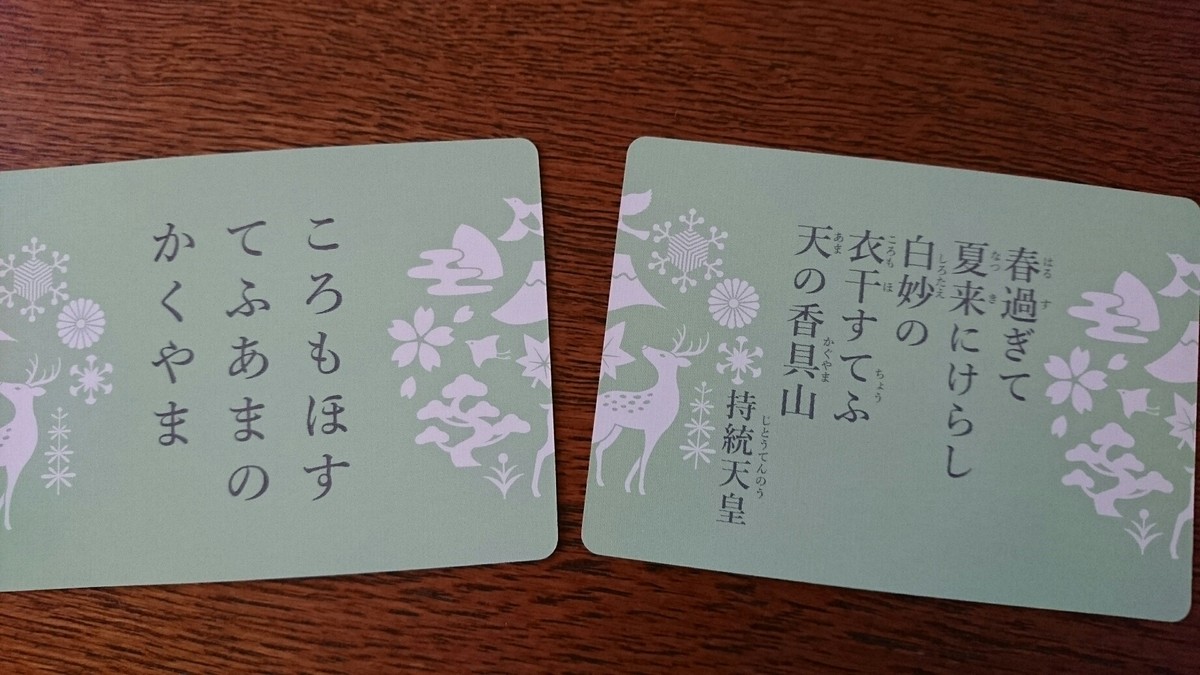 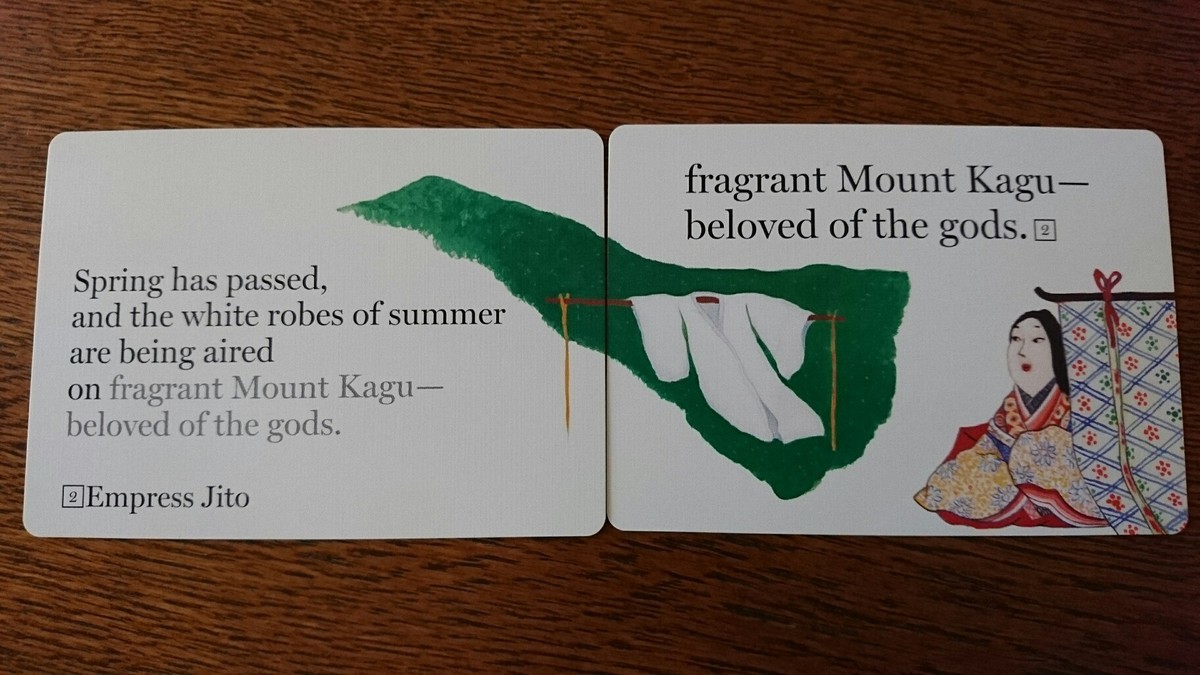 The cards of English version 'Whack a Waka' is made easy to play even if players are not accustomed to Hyakunin isshu. One side has poem in Japanese, and the other side has poem in English and charming picture which is continually designed.
The Wolrd Karuta Association was established to help hand down these poems through literary sport. As an official organization for 'Whack a Waka', the world's first English-language Karuta game was produced. It aims to promote the experience of these timeless poems to new audiences around the world.
Here are some items with Hyakunin Isshu motif, available at Ichiroya. We hope you enjoy browsing those items:
http://www.ichiroya.com/sp/list.php?spid=S5e37a22d1d1bc
Thank you for reading. Please have a good weekend!
« Kimono Flea Market ICHIROYA's News Lett… Kimono Flea Market ICHIROYA's News Lett… »
プロフィール