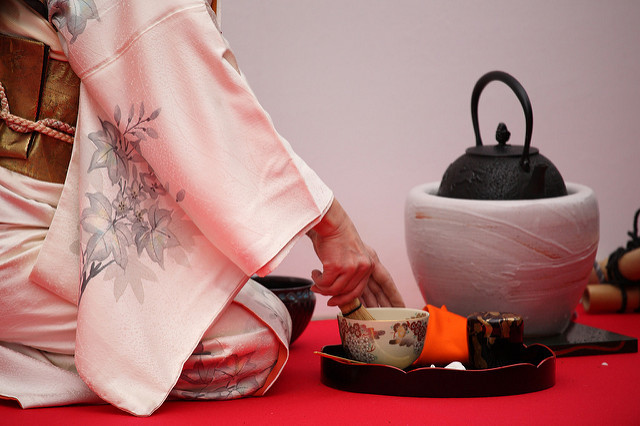 This is Yoko again. Minasan ogenki desuka? Osaka wa totemo atsui desu!
We are having sizzling hot summer days with sometimes temperatures over 37 Celsius.
The temperature will get higher in August and will continue to stay hot until the mid October or so.... (sigh)
On a hot summer day, my beagle dog Marin looks for a cool spot in our yard, and I sometimes find her hiding deep underneath our Engawa, veranda. She is really good at finding a cool spot. :)

Here is a short story of how she came to live with us.
Marin came to live with us when she was about four and a half years old.  We got her at a nearby ranch where breeds dogs and sells puppies.  I guess no one found her cute as a puppy (which hard to believe!), and so she got bigger and harder to sell, then after four years, I guess the ranch decided to give her away.
My daughter saw Marin and she immediately fell in love with her, but honestly, I could not see what my daughter saw at that time... because she was among all other dogs which seemed never been groomed or potty trained, so she did not look very appealing....
I remember Marin was being pat by my kids, I looked to her face which was looking at someplace far (or she just did not want to look at my big gazing eyes).  I kind of turned my face in her direction, then briefly, she looked to my direction.  She looked to my direction a few times, but she never really looked in my eyes.
After checking all other dogs they had, we could not decide which one to welcome to our home, so we decided to sleep on our decision.
But just before we left, I didn't know why but I looked back, that was when I saw her looking at us between the bars.
Her eyes were looking directly to my eyes and they were saying, 'I want to come home with you!'
Ever since then, Marin has been a member of our family, friend, and companion!!  We are so happy to have her in our lives. :) 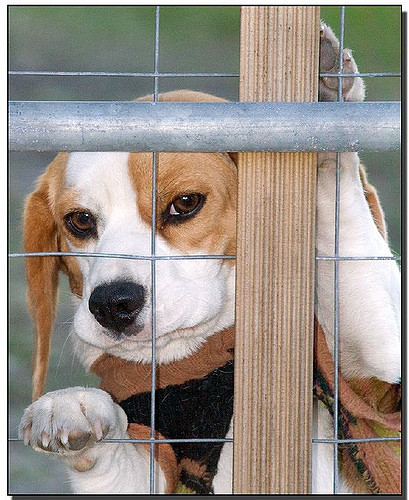 photo by mrhayata | Flickr By the way, in Japan, on a really hot day, we enjoy a cup of nice cold Japanese tea, Ocha.  I take Ocha daily, but green Ocha, Ryokucha, is my favorite.  (Yes!, Ocha is not just green, but there are brown and black Ocha too!)
As you may already know, we have a long history of Sado, Japanese tea ceremony, also known as Chanoyu.
Sado came from China in the Chinese era of Tou (618～ 907), and it was widely spread out within Japan, and now its tradition is been carried out throughout the world.

Did you know that Ichiroya has an affiliate store, Japanese Tea Mart Rikyu, which specializes in Japanese Tea items?
Rikyu has so many Sado related items, such as tea bowls, wooden tools, scrolls, ornaments, lacquer wares, vases, etc...
Some of the items they have are from the late 18th century! How impressive is that!?
Rikyu has been our affiliate store since 2007 and using our system to sell items abroad, so if you need or have interests in Japanese Sado items, Rikyucha is where to shop!

The webstore Rikyu is located in Dazaifu, Fukuoka, near Dazifu Tenmangu Shrine (http://www.dazaifutenmangu.or.jp/en) and owned by Takeishi san and his wife, Takako san.  Takako san has learned Sado and Kado, flower arrangement, for more than ten years and has acquired a master in both Sado (Ura-Sennke sect) and Kado (Ikenobo).  She even performs a tea ceremony at their house!
So no wonder their specialty is Sado!  We are hoping that you can find some amazing Sado items on their website. :)
(Sorry, items from Rikyu cannot be combined with Ichiroya items as our store is based in Osaka, Kansai.)

Thanks for reading. arigato gozaimashita.