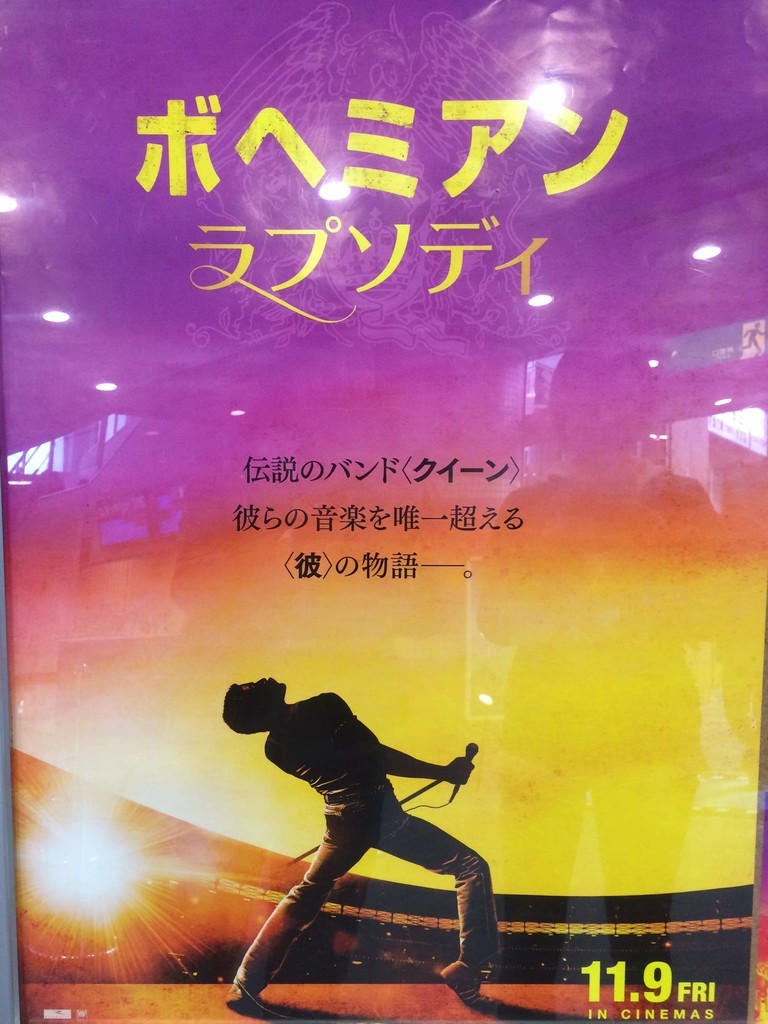 Dear Newsletter readers,
Hello, this is Mari writing. Have you already watched the movie "Bohemian Rhapsody"?I did, and abuso-bloody-lutely loved it! It is a blockbuster in Japan! The film so far drew audiences totaling 8.2 million , and its box-office revenue is exceeding 11.4 billion JPY (103 million USD) as of February 12th.

This is the second best record in the world next to the United States (200 million USD).
"BoRap" is a social phenomenon in Japan. People created a word "Boheru" (watching the movie), and go to theaters multiple times to "Boheru"! I'm one of them. For the first time, I watched it at a movie theater by myself. It was a regular screening which every audience was sitting still, and watching quietly.Well, I really wanted to make some noise and sing while I was watching it! So, I decided to go to a Sing-Along! Believe it or not, I'm a kind of person who really appreciate and enjoy this kind of event. Decades ago, I was a member of the FarEast fun club of "The Rocky Horror Picture Show". I took a roll of Magenta in a french maid uniform, and play, sang and danced at movie theaters! Let's do the time warp again!
Anyways, in the morning of the day I attended the Sing-Along, I left home just like Freddie left his home in the morning of Live Aid. I wore black leather jackets on top of white wife-beaters. I didn't forget to put my mustache on. 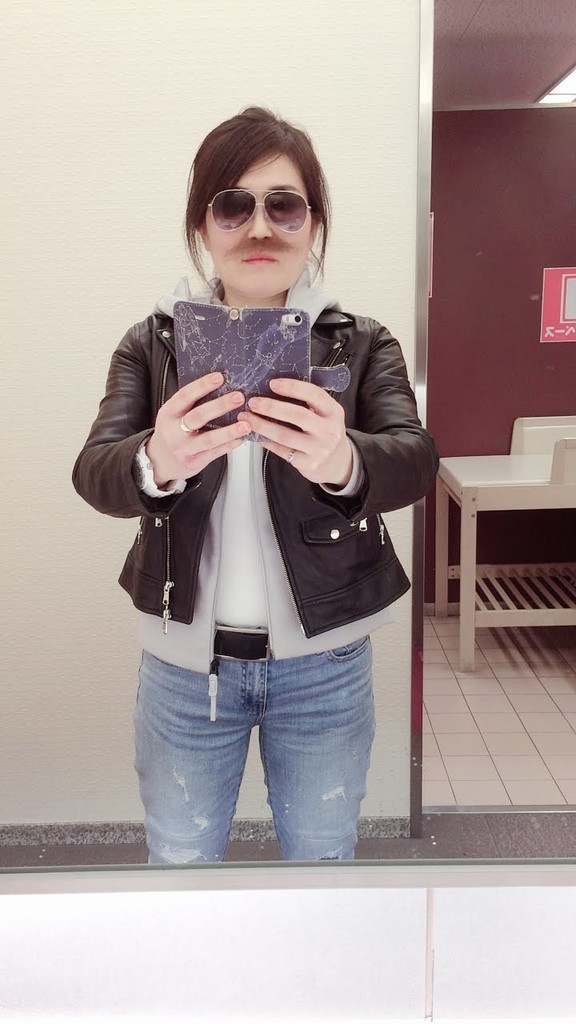 The theater was a full house! I entered there just like Freddie entered the Live Aid stage. The lady who was seating right next to me praised my costume and mustache. I asked her "Have you ever seen this movie before?" She said "This is my ninth time!".OMG! See! This is the reason why this movie is such a huge blockbuster in such asmall island country which has only 120 million population! 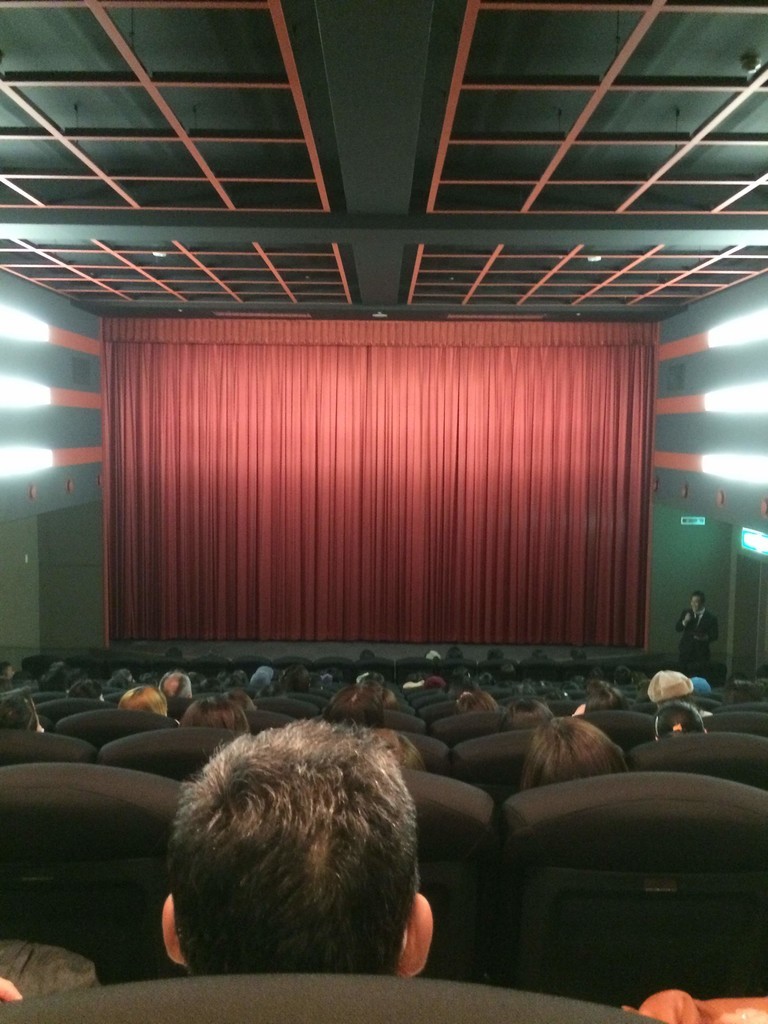 Although it was my second time to watch "BoRap", it was still a bloody great entertainment which never let audiences bored. For the last 21 minutes of the movie, I sang, screamed, clapped and stomped as if I were at Live Aid! Bohemian Rhapsody, Radio Ga Ga, We Will Rock You, We Are the Champions! We all can sing those Queen's mega hit songs, right? Their performance still attracts audiences in 21st century soooo much!We now realize that Queen has been a part of every single one of our life!After the show, people started gathering around me, and asking to take pictures with me. hahaha!I had a bloody great time! 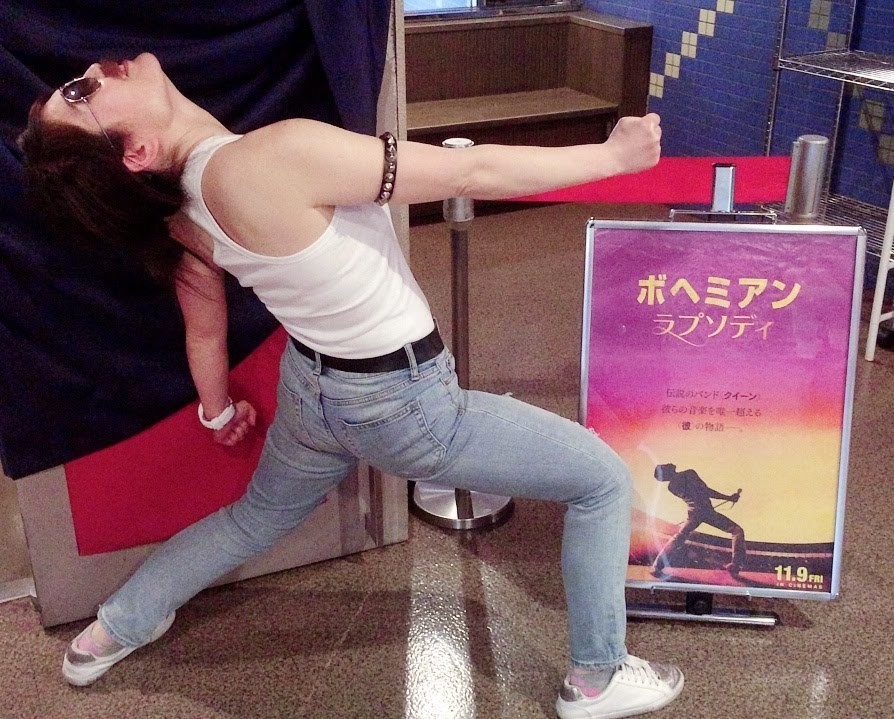