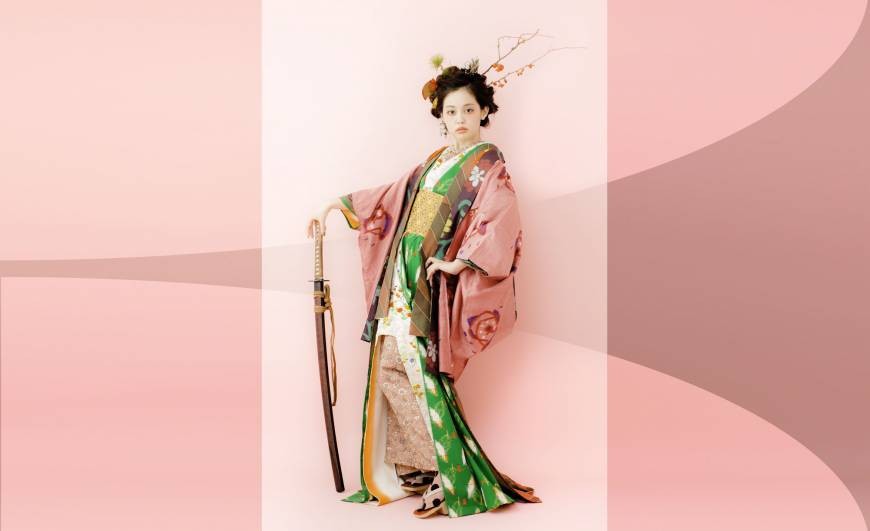 'The Social Life of Kimono': Innovation faces tradition in the fight to keep kimono relevant | The Japan Times

Today, I would like to introduce this book by Sheila Cliff. 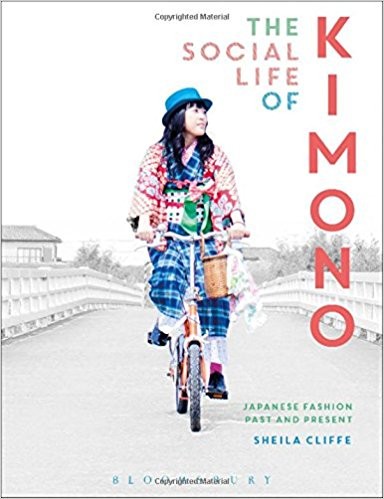 I have just finished reading the book, with a big surprise- the book was not what I have expected at all. From this photo of the cover of the book, I could imagine the book should be telling about the present kimono wearers who dresses themselves with kimono with creative and different way from traditonal style from ancient times. I thought the book must contain the antithesis for too conservative kimono world such as kimono dressing schools (who are sometimes said to be one of the obstacle for people to stay away from kimono in Japan) and must be a kind of report of new generation kimono wearers in Japan by Sheila san. I had such simple thought before reading the book.

No, it was not like that  at all. We say `me kara uroko ga ochiru' (felt like the scales fallen from my eyes) , and yes I was just like Saul.

I wish I could write all the part I was so impressed but there is so much.

The book contains the history of kimono in society(as the title of the book shows)clealy and carefully and also the most impressed thing was she had collected the voice both from the kimono makers and the wearers. Actually it is not that simple, kimono as fashion is not just producing, selling, buying and wearing. She introduces people who leads kimono industry ( or just live naturally on their own way) and had interviews of kimono wearers, both  non-Japanese and Japanese. She mentiones about the movement of kimono weares abroad too.

I was going to pick up and show the part I was interested in but I used  a highlighter pen so much as I read, there were so much inspiring part.

The review of the book on the back of this book tells what i like to say:

"Taking a material culture approach, The Social Life of Kimono is the first study to combine the history of the kimono as a fashionable garment with an in- depth exploration of its multifaceted role today on both the street and the cat walk. Through case studies coveirng historical advertizing campaigns, fashion magazines, interviews with contemporary kimono designers, large scale and small craft producers, and consumers who choose to wear them, The Social Life of Kimono gives a unique insight into the making and meaning of this complex garment."

Being a kimono seller on the net for about 18 years, I had this dilemma which I really cannot explain in short. I love my Kitsuke sensei(kimono dressing teacher), and feel priviledged to see many vintage and old kimono in person everyday, and should be happy, but I just could not have clear image of kimono for future. Both Ichiro and I feel there should be some places to keep `artistic' and rare pieces for the future. Some have historical meanings such as kimono with war motifs and also some with elaborate craftsman's work which cannot be reproduce anymore. But apart from that, `where is kimono going? ' was always in my mind. They remain for people who do tea and flower arrangement? They remain only for weddings? They remain as cosplay thing and other kimono become a legacy?

Sheila san found this new movement of kimono through her long time investigation.

I would like to quate some part from her book in the beginning and the ending:

"Some worry that kimono loses its kimono-ness, something of it essence, as it interacts more with western fashion. But if we look back 1,200 years and about the high clogs of young guys and the wonky back seams of fashionable countiers, we realize that these worries are probably as old as fashion itself. The kimono of tomorrow will not be the kimono ofyesterday, which is a great thing because of not one wants to be a "yesterday."

"When speaking about the  future of the kimono with the president of the Tansu-ya chain of second-hand kimono shops, Nakagawa Kenichi suggested that the kimono business isl ike Mount Fuji. At 3,776 meters, Mount Fuji is the highest mountain in Japan. The cauldron at the top is relatively small; it takes an hour to walk once around it. The only reason that the volcano that is Mount Fuji could rise to 3,776 meters is the immense size of its base. There are only a few people who will support the high end of coulture kimono wearing, but this can only exist if ther is a huge base of people who wear and enjoy kimono in everyday life. Therefore selling large quantiites of cheap kimono, used kimono  and old kimono both inside and outside  Japan and decreasing the distance between the makers and markets if vital to the future of the kimono.

In Japan, where fashion is perhaps faster than anywhere else, the kimono provides an alternative, an oppositional stand: slow, rooted, and authentic as opposed to fast anonymous, and ephemeral, an option  that is beginning to look transnational and also embodies Japaneseness. Longer lasting, rooted in time and space, kimono is the quintessential art for wearing. Kimono weares have always known tht fashion is all about how you put yourselft together, and it is this knowledge that puts them and their kimono style at the heart of what fashion is all about. Let the kmono revolution roll on!

Here is very symbolic thing, we meet Berber san ( she appears in the book too) once in a while, and we talked about Kimonotte, our website to produce new kimono using vintage design. She showed us one of her obi and a piece of fabric she likes which we might like to use the design for new obi and kimono. The design was really fresh and inspiring for us-isn't it so interesting? The vintage obi from Japan was found by a kimono lover (she is an artist) and went to the Netherlands and came back to become a new obi, to be worn both by Japanese and non-Japanese.  As Sheila san mentioned,  kimono world is supported by kimono lovers, there is no boundaries between countries nor the difference of the position, you do not have to be a specialist with a long time experience in kimono industory.

Sheila san mentiones about the role of internet for creaters, for sellers (like us) and the kimono community who  enabled to  learn how to wear kimono and became great creaters. We were so happy to find many customers' names and photos (and also the names of authors of refference books too)

The photos of the book is so wonderful. You can see many inspiring fashion photos and can have the idea what is going on with kimono at present time.

When I watch SF movies, I find people wearing tight clothing with monotone and not decorative , they all look same.  Is that our future fashion? Don't you think you like to be `colorful?' The world which people wearing favorite style in all kinds of colors-don't you think it will be much more fun?

The book was really inspiring. IF you cannnot find the book, it will cost the international postage (and the cost of the book )but we will be happy to get a copy for you.

The Social Life of Kimono: Japanese Fashion Past and Present (Dress, Body, Culture)