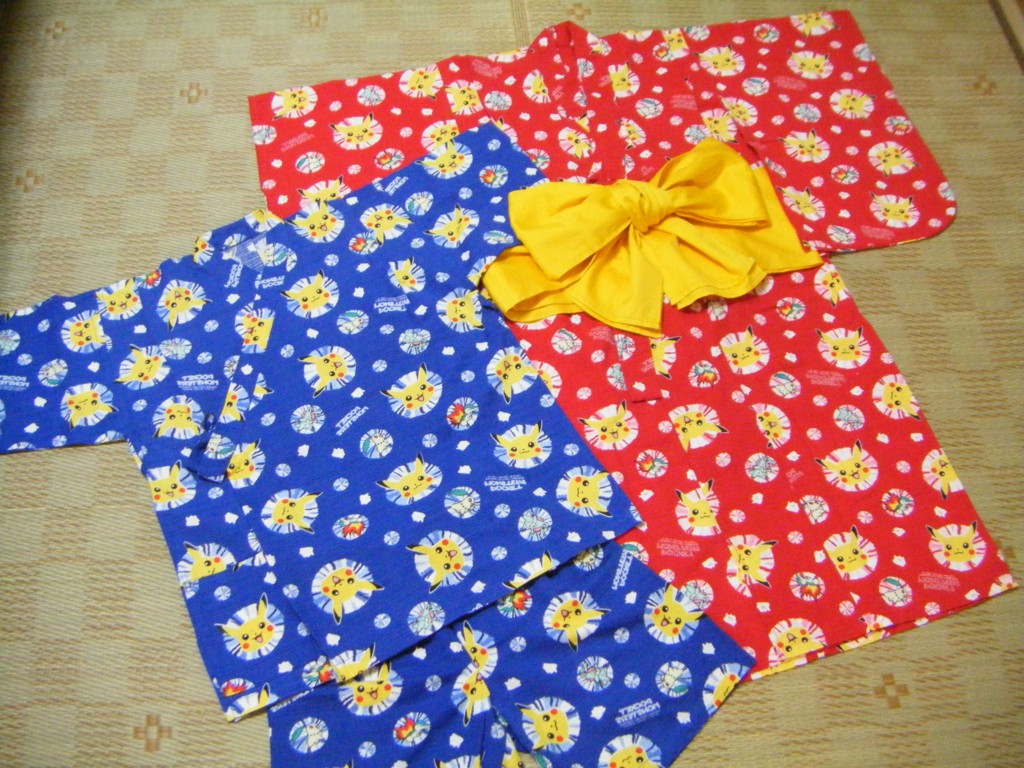 This is Mitsue from ICHIROYA. Minasan Ogenkidesuka?
In Japan, the temperature is still heating up and we are having sweltering summer!

There is one more thing that people are in hot. It is 'Pokemon Go', a mobile game, which calls for explosive popularity and become the social phenomenon. It is a new game using the positional information such as GPS. When we move to the position displayed on the map of the devices, Pokemon appears in the real scenery and we can capture it with monster ball. We can travel between the real world and the virtual world of Pokemon.

However, dangerous accidents occur frequently because of too much eagerness! Many people frown with displeasure for the bad manners of players who are walking anywhere staring at device in hand. Some players stumble on something, and some clash into a person. We heard about other accidents of players who were riding a bike fell down and got injured. Even more, players driving cars caused awful accidents. So if you are enjoying the game, please be careful and watch your step.
Exploring the woods and fields in the countryside looking for Pokemon should be wary of dangerous situations and keep a safe!

My son, a university student, is one of the players as well. Pokemon has been his favorite since he was a child. So I made Jinbei with Pikachu pattern for my son, and yukata for may daughter. I can imagine many adults who are so addicted to the game 'Pokemon Go' now must have broght up with the characters around and they are very special for them! It was easy to sew them using sewing machine. I still keep them in the kimono chest for memories.

Well, we are showing how to distinguish kimono textiles, and this time is the last one of the series.

Today's topic is about fiber made from petroleum.
Polyester is the representative of it. Vinylon, nylon, acrylic are the same, too. They burn and the melted one will harden firmly after the fire going out. Because these fiber is, so to speak, the same as a plastic bottle and plastic itself.

The below is a video made by Ichiroya about burning polyester.
https://youtu.be/4sb7z00eM1M

High graded polyester has similar texture like silk and it may deceive a kimono professional of 50 years experience. But once we burn it, it is clear at a glance like the video.

Many of the synthetic fibers used for kimono are one of these, but actually there are two more, acetate and promix.

Acetate was often used for old child kimono, and it has glossy texture like silk. It is a half synthetic fiber made from wood pulp (cellulose) and acetic acid, so it is difficult to distinguish. If it is old, it smells very sour because of the acetic.

The below is a video about burning acetate.
https://youtu.be/RjKckHKHF4U

It seems to be like jinken (rayon) if it burns because cellulose is principal component, but the ash harden like polyester.

But acetate is hardly used for kimono from middle Showa period (1926- 1989) to later Showa period beside the kimono for children.
(I have once seen it for kurotomesode, the most formal kimono for married woman.)
So I think you do not need to think too much about it.

The last material, promix, is called 'milk' in kimono business.
Surely it is made of animal protein and acrylic of the milk. We often see it for ensemble of glossy textile like Shima Oshima.
Though it is difficult to distinguish this 'milk' from silk by hands, it burn like polyester because acrylic ingredient is included in promix.
(If there is a chance, I will burn it and show you a video.)

If we need to be careful about something, they must be foiled, gold and silver threads.
The highest graded gold threads are made with tiny genuine gold foils which are coating the silk threads. But cheap one is made by cutting the film-formed synthetic resin into thin thread.
Such threads are used a lot for Obi. The way of burning will follow the rules of each material.

We hope you can have the idea by the video and this article.
Isn't it easy if we think like 'The thread is made from protein or cellulose or one of the oil'?

Just so you know, the below is an enlarged image of 'Basho-fu'(Japanese banana) .
It looks hard and bent. 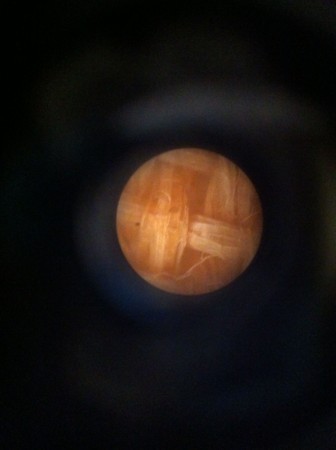