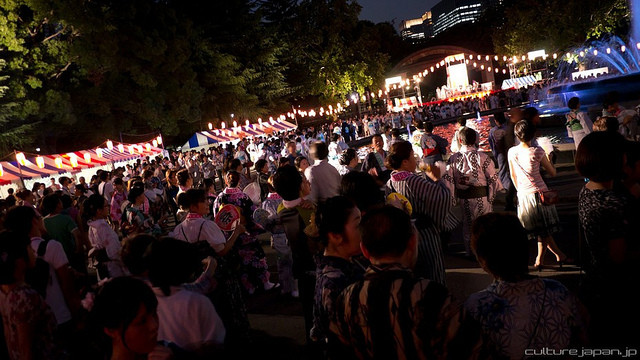 This is Mari at Ichiroya.
By the time you read this newsletter, we are about ending up our annual summer holidays, "Obon Yasumi". "Obon" is just like "Day of the dead". Generally speaking, "Obon" is about 8/13-17, the period of time we believe that spirits of dead come back to this world. It is
common that all the family members gather, visit graves of our ancestors and pray. We welcome our ancestors at home by having parties. We also have "Bon Odori"(Obon dance party) in each region. It is popular to wear Yukata to dance "Bon Odori".
We have many customers in Hawaii who wear Yukata for "Bon Odori" in their community.
We will be back with fully charged energy after our "Obon Yasumi"!

Cotton and asa (ramie) are short fibers.
They were made by twisting 1mm to 5mm short fibers. On the other hand, 'Jinken'(rayon) has both long and short type fibers. However, it is more
common to use long fibers to recreate smooth texture like silk. You can
see the difference by looking them with microscope.

Like I mentioned earlier, cotton and asa (ramie) are both short fibers.
It is common that asa (ramie) is relatively longer fiber and smooth on its
surface. Cotton is twisted shorter fibers and fluffy.
'Jinken'(rayon) has smoother surface than those two which gives artificial
impression. 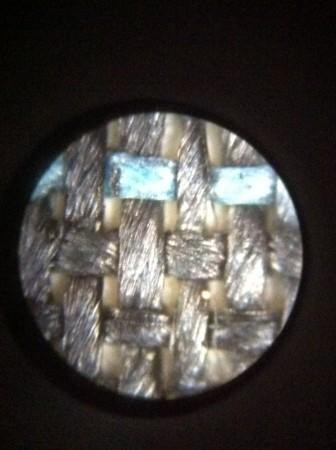 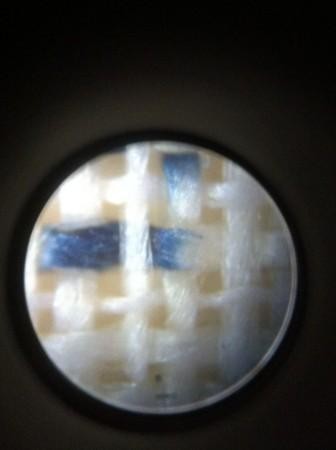 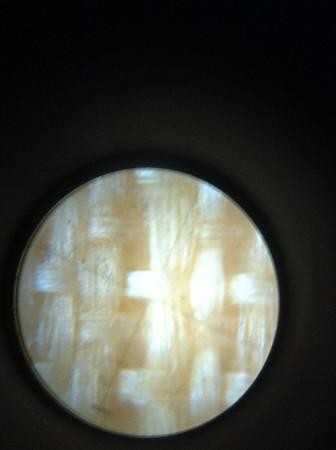 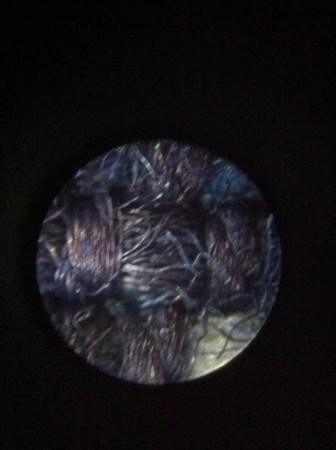 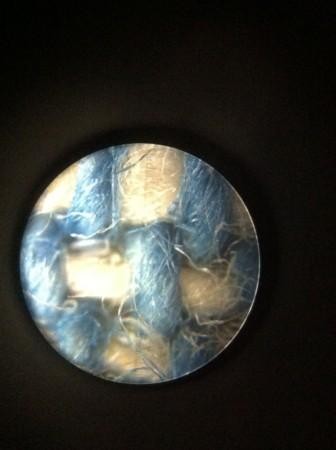 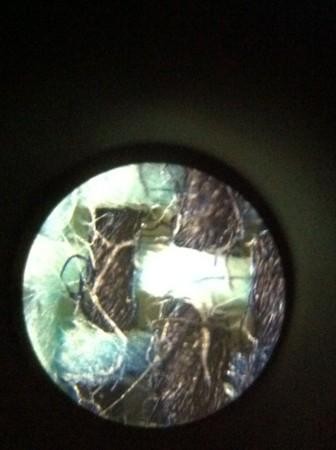 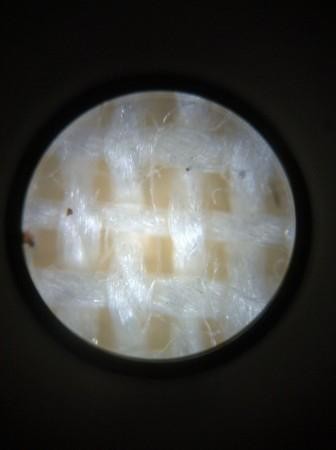 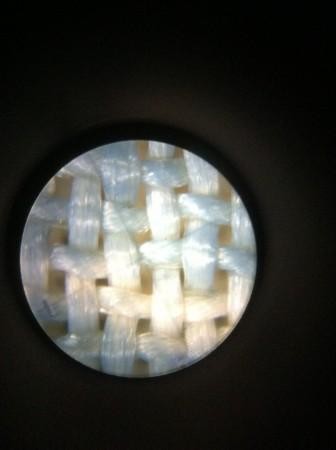 'Jinken'(rayon)  ｘ50You can see the sleek and artificial texture of the thread.Actually, the sleek texture is easier to see with the actual textile.However, there are variety of textiles sach as "Yaeyama Koshoku" which is blend of cotton and asa (ramie), cotton which is woven with asa (ramie) like very thin threads. In conclusion, we need to judge the difference in between asa (ramie), cotton and 'Jinken'(rayon) as a whole by their textures, checking threads with microscope and so on.

(Continued to next newsletter)