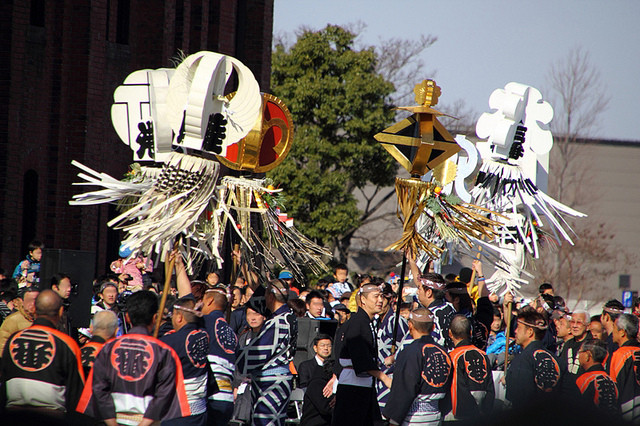 In Osaka, it is getting cooler day by day and I'm enjoying the best season of a year! Yes, autumn is the harvest season with full of delicious foods. Can you guess what's the most favorite autumn food in Japan? Surely, most Japanese will answer it is

Matsutake, a kind of mushroom. It smells soooo good!! The domestic one is so expensive. Matsutake dishes show up on the dining table only once or twice a year at my

house. We still have other delicious foods such as pears, grapes, sweet potatoes, new rice and so on. Oh, I have to be careful not to be overweight...

Reading books is one of my favorite spare time, and autumn is the best season for reading. The other day I read an amazing book about a daily life of people in Edo (present Tokyo) in Edo period(1603-1867), and I found an interesting article.

"The best 3 guys who were stylish and good looking in Edo."

(3) Yoriki-a government official of the town

Fire fighters had leadership to settle down the troubles in the town not only fires. They do not talk too much, and they were stoic and courageous. Edo firefighters were equipped with heavy, multi-layer jackets for their protection. The jackets got wet before a

fire-fighting mission. Often splendid decorations and characters were applied to identify the brigade of its owner. By and by, the decorations went beyond the practical use and became more artistic. Another indispensable equipment was the standard, called "matoi". Each brigade had a different shape of matoi for identification. It also served as a meaning of communication like flags on a ship.

Apart from jobs, they willingly wore the kimono with solid or tiny pattern to be looked older than their true age.

During that age, physical strength was an important skill for warriors, and samurai families began to employ sumo wrestlers. It has been written that the warlord Oda Nobunaga was such a devotee of the sport that he gathered wrestlers together to hold tournaments every year.

Sumo wrestlers also had disposition of a gambler and a dynamic mind. Further more, they were strong and gentle at the same time. They wore the kimono with large pattern which shows his existence.

(3) Yoriki-a government official of the town

Yoriki provided administrative assistance at governmental offices. The ones called machikata yoriki were in charge of police under the command of the machi bugyo (town magistrate). In Edo city, there were about 25 yorikis working each for the two machi bugyo.

They wore kimono stylishly with large Kataginu (sleeveless robe) and Hakama walking around the town to patrol.

According to the sensitivities of Edo people, these best three ones were very popular among ladies.

We can see kimono, juban(undergarment) and obi with the pattern of them.

Unfortunately, they are all sold out, so please check our new items sometimes.

In addition, believe it or not, 90% of pet in Edo was CATS according to the book.

I am also one of cat lovers, and a kitten became a member of my family 5 months ago. A stray cat gave a birth to five kitten in my friend's garden, so I took one of them back to my house.

I named him 'Hatch' and now he became a part of my life. 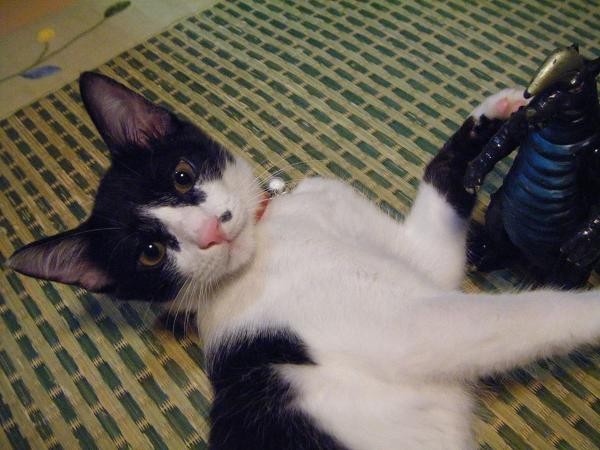 Cat design is very popular among kimono lovers. As soon as the items with cat design on sale, most of them are sold out. Here are still some amazing items on sale at Ichiroya!

This one is so cute!

There's something special in cats, don't you think so? So, they are believed to invite good fortune from old times. If you wear cat designed items, cats will surely bring you

Thank you so much for reading. arigato gozaimasu!